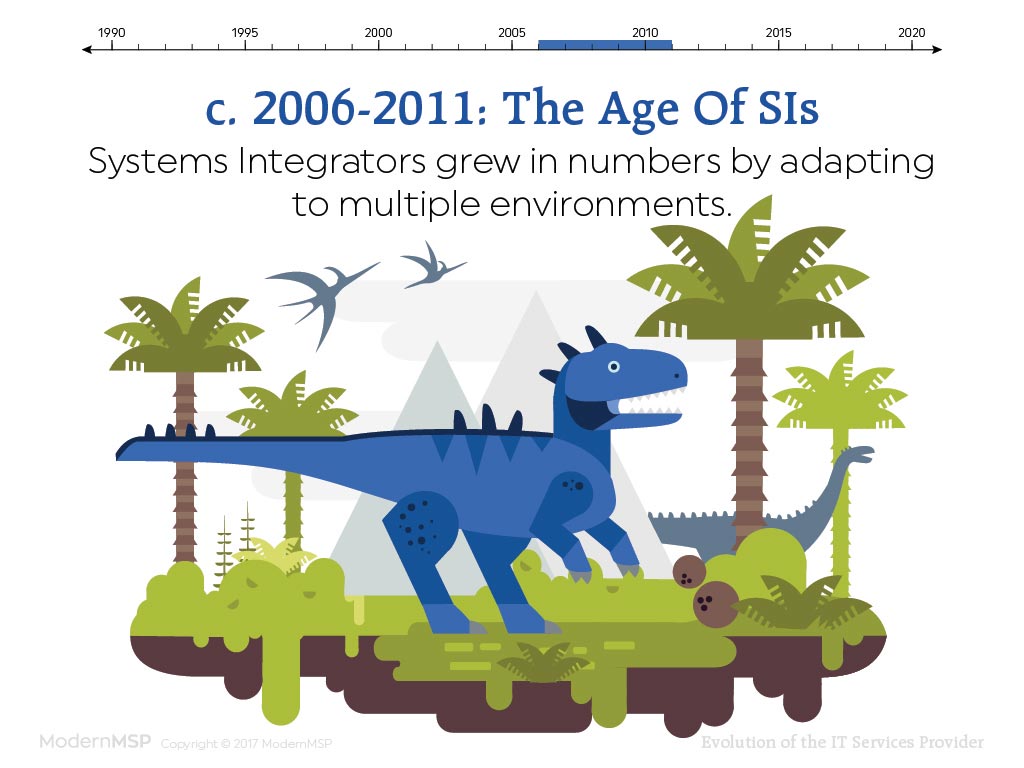 With the advent of the hybrid cloud, enterprise customers saw a valuable opportunity to integrate their on-premises data center with cheaper, Agile implementations which were easily scalable in the cloud. To meet this emergent customer need, SIs (Systems integrators) began to offer recurring revenue services from the basics (monitoring and managed security) to the advanced (hosted unified communications). The cloud added another “data silo,” another layer of complexity to the data integration landscape.

While students and faculty are at home, it’s a good time for system upgrades that will enhance collaboration, access, and security. Many colleges, universities, and school systems are planning winter break migrations to move or consolidate tenants and even adopt new collaboration platforms.

If you’re using Google Workspace, MigrationWiz is the tool you need for migrating a wide variety of workloads: Mailboxes, documents, archives, and even collaboration platforms. You can take advantage of low education pricing to move from one Google instance to another, or from Google Workspace to Microsoft Teams. MigrationWiz handles all these workloads:

Great education pricing is one thing, but when you’re planning a migration, you should never skimp on experience, capabilities, and security. That’s why BitTitan has been the choice of educational institutions for more than 13 years.

Experienced experts are here to help

BitTitan has migrated thousands of students, faculty, and staff at hundreds of educational institutions all around the globe. While MigrationWiz is known for being intuitive and easy to use, you never have to go it alone, especially if your project is more complex. Our world-class Customer Success team are dedicated migration experts who can help you plan your project.

In fact, now is the perfect time to call so we can connect you with team members who have extensive experience in educational environments – including implementing complex Google Workspace migrations.

Educational institutions choose MigrationWiz because it’s fully automated and 100% SaaS. In fact, if you were expecting to sprint around campus in order to complete your migration, you may have to get your exercise some other way. With MigrationWiz you simply initiate your migration from one centralized dashboard, then use DeploymentPro – which is included – to automate Outlook configuration.

Don’t be fooled, though. Easy doesn’t mean basic. MigrationWiz is highly customizable with advanced options that give you full control over your migration. You’re always in charge of timing, testing, setup, and execution. You can also use project sharing to involve team members across departments for greater visibility and collaboration throughout the migration.

Security is top priority for every migration project, especially in educational settings. You’re responsible for protecting personal information from students and faculty, as well as proprietary documents and research. You must be able to ensure every bit of data is safe throughout the migration process. With MigrationWiz you get the extra security of Azure datacenters. And, your data is always encrypted and never stored.

With BitTitan by your side, you can get a lot done over winter break. So when faculty, staff, and students return, they might not even notice because they’ll be able to get started with the new semester without any disruptions.

Now’s the time to plan your migration

If you’re ready to implement a migration, there’s still time to put a plan in place. Contact us today to find out about education pricing for MigrationWiz and to learn how we can help make your migration a success.

It changed the core mission of SIs (systems integrators) who, to remain relevant in the new hybrid cloud marketplace, have, by default, become competent in brokering cloud services as an added value with their integration offerings. But integrating data that is housed within legacy infrastructure with various cloud solutions will present SIs with some challenges in the future.

Systems integrators emerged as powerful actors after 2006. As they grew and added more complexity to their existing array of IT systems such as storage, computing and networking. Enterprise customers typically have a flagship application that drives their specific cloud requirement. When the “application-centric” economy became more prevalent after 2007, applications needed to integrate with different subsystems such as servers and the hardware on which they ran. SIs stepped in to manage the opportunity for integration services that were needed to integrate applications, data or email.

The early data centers of the 1960s were “siloed data centers” filled with mainframes from IBM and the BUNCH (Burroughs, Univac, NCR, Control Data, and Honeywell) with powerful computing power, workload management but remained expensive. Physical expansion was limited to the server room, and adding more mainframes introduced a hardware cooling problem.

During the 1970s and 1980s, minicomputers (minis) designed as engineering and scientific by DEC, HP, Data General, and Prime appeared as more economical alternatives. Proprietary OS and lack of portability of programs contributed to their decline.

After the rise of the IBM model 5150 in 1982, companies saved space, operations and cooling resources. In the early 1990s, desktop PCs began replacing mainframes in the old server rooms, leading to the client-server model, colocation and the external data center. The expansion of the internet in the late 1990s drove the adoption of enterprise colocation and data-center-as-a-service.

The Quick Story of Data Integration

Methods of data integration for the enterprise started changing around 2007, as SIs that were connecting on-premises data centers to the promised land of cloud infrastructures presented both an opportunity and a challenge.

Cloud-as-a-service offered another layer of complexity that needed to be managed, in terms of how data was transferred, stored and processed. The configuration of some data centers began the move to a “converged infrastructure” that was comprised of server and storage bundled together in one hardware block, with hypervisor (virtualization) technology added for networking functionality. Management software came with the mix, and when virtualization solutions were added, it became the first iteration of what became known as a “converged data center.”

Hybrid cloud architectures offered the opportunity for SIs to learn a new model of data integration with the growing enterprise IoT. The focus for systems integrators changed to this different data center model. But in legacy infrastructures, enterprise data was still housed on physical server arrays. On-premises server architectures, whether with traditional rackmount servers or blade servers, still do rely on physical blocks of storage.

The multitudes of enterprise device fleets being added to the enterprise IoT adds to the complexity of the current task of systems integrators. How do you manage system integration from legacy data centers connected to hybrid cloud installations?

Here are some challenges faced by systems integrators dealing with legacy + cloud hybrid architectures, according to recent Gartner reports.

Here are some focus areas to help manage this complex landscape of data, according to a recent Gartner report. Start thinking about how to integrate data and how you deal with customers who are moving toward the hybrid cloud.

SIs will become partners who facilitate the move from huge server installations to more of a hybrid model of scalable and iterative solutions for their customers. They will need to master the evolving business processes of enterprises who want integrated cloud/on-premises hybrid solutions. In the end, it will mean better value for the customer, who benefits from a more efficient model of data management. Instead of the flat fee-based model associated with selling and servicing huge server racks, SIs will continue to profit from recurring revenue with the sale of expanded services to hybrid cloud customers.

The great data integration and migration train is moving fast. It’s time to jump on.

At BitTitan we’ve been empowering IT service professionals to successfully deploy and manage cloud technologies through automation for over a decade. Sign up for a FREE BitTitan account today to access our products and services.

Create an account now and start planning your project.